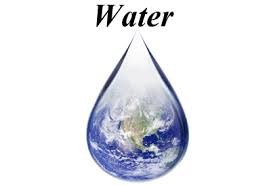 On December 5, 2017, we notified the AUSD community that we are working with the East Bay Municipal Utilities District (EBMUD) to conduct water testing at all of our schools to determine if there is lead present in the water. We reported the water testing results for Ocean View School, the corrective action to replace one drinking fountain, and the planned testing of additional water faucets and sinks at OV.  We reported that no lead was detected in the five areas tested at Albany Middle School. We also promised to provide water testing results for Marin, Cornell, Albany High School, and Albany Children’s Center when we received the reports from EBMUD.

We are pleased to report that we received additional water testing reports from EBMUD. The reports indicated a finding at the Albany Children’s Center in one area at 8.2 ppb, which is below the action level of 15 ppb. The report suggested that the fixture had begun to corrode and would benefit from replacement. The water to this fixture was shut off, the fixture will be replaced, and we will retest the fixture for lead. If there are any subsequent findings, we will work to resolve them.

The remainder of the sample results at Albany Children’s Center, Marin, Cornell, and Albany High School are within the range of typical results in the EBMUD service area and do not warrant action. All school sites will be routinely monitored and appropriate action will be taken as necessary.

As part of our ongoing effort to improve and maintain healthy school environments, we are working with the East Bay Municipal Utilities District (EBMUD) to conduct water testing at all of our schools to determine if there is lead present in the water. EBMUD tested five water fixtures at each of our sites.  To date, we received a report for Ocean View Elementary School.

The report indicated that there was lead detected in two of the five areas that were tested. Principal Terry Georgeson was immediately notified, and we shut off the water to all of the affected drinking fountains out of an abundance of caution. The range accepted by the State is less than fifteen (15) parts per billion (PPB). One drinking fountain showed a trace amount of lead, which was 1 part per billion, and does not require remediation action to be taken. We will retest this drinking fountain periodically to monitor the levels. One drinking fountain showed a level above the recommended range, which was 16 parts per billion, and does require remediation action be taken. We have placed an order to replace this drinking fountain. Once the new fixture is installed, we will then retest this area for lead. If there are any subsequent findings, we will work to resolve them.

Further, we will be testing all of the drinking fountains and sinks at OV.  If we find any indication of lead, we will take appropriate action.

EBMUD also notified us that no lead was detected in the five areas tested at Albany Middle School. Reports for Marin, Cornell, Albany Children’s Center, and Albany High School have not yet been received, but we expect to have all of the reports within the next two weeks. Should the tests at these sites indicate areas where there is lead detected, we will take immediate action. We will continue to share updates once we receive the reports for the other sites.